Meet the 2022 Leaders of Tomorrow!

During the Breakfast the Association along with presenting sponsor ATCO recognized 8 exceptional youths with the Learders of Tomorrow Awards!

Eighteen-year-old Molly Bates is a senior at Beaverlodge Regional High School. Molly is a warm and welcoming person who exhibits a willingness to help.  She’s described as an advocate, a trusted mentor and a motivator behind her school’s leadership team-youth mentor program. Among the many accomplishments under her belt Molly helps with coordinating events hosted by her peers. Molly also raises ducks, so her signature ducks can be seen on event posters that she creates. The posters draw students in and create conversations around them. As the senior editor of the school year book she expresses her passion for photography and ability to capture special moments. She volunteered her photography talents to various community events. Molly supports community and school events in various ways. For example, she volunteers with the Beaverlodge Artwalk, her school’s Mentorship Program, School Snack Program, Valhalla Bible camp and yard work for seniors. Molly is a driving force in the community and exemplifies leadership in her community involvement and school activities.

Molly’s charity of choice is the Beaverlodge Daycare Society 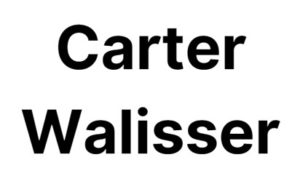 He is an athlete with a passion for sports.

He is a role model, humble and compassionate.

He is socially conscious and passionate about his Catholic faith.

Carter is a role model for younger primary students who gather in the halls to get a high five from Big Carter.

Carter has creative ideas that make him an effective problem solver.

He has a quiet leadership quality Carter; played a significant role on the Intramurals Committee alone; Carter created a strategic plan, organized teams and ran tournaments.

Carter was involved with the Student’s Union planning, school and sports events.

In addition to many of his volunteer efforts, Carter excels in sports and his studies.

He has won the Male Athlete of the Year Award and academic awards. Along with excellent leadership skills and a generous heart, Carter has an uncanny ability to see gifts in people and bring them out.

Carter’s charity of choice is the Manning and Area Food Bank Society.

Myra volunteers with the Grovedale Skating Club, which is affiliated with Skate Canada.  Over the past 5 years Myra has developed from a Junior Assistant in training to a Program Assistant that can consistently be relied upon.  She demonstrates solid leadership qualities by guiding discussion on the team costume, team theme, the element each participant will perform, and choreographs the team bow.  Myra is attuned to the many requirements of a successful and safe skating session; including the diverse learning styles of the young participants.  At competitions and test days Myra supports fellow clubmates or competitors by providing an encouraging word and smile.  She takes pride in preparing the club float for the annual Grovedale Community Summer Parade, decorating the arena for the annual ice show, and assisting in the take down after the show.  She is respected by her peers, clubmates and all those who have the pleasure of interacting with her.  She is always willing to go above and beyond in all areas of life, demonstrates personal initiative, and has a strong desire to help others.

Mia is passionate about making positive change in the world around her that will lead to greater equality for others, especially youth.  She successfully advocated for her high school to obtain free female hygiene products through a partnership with the United Way and the GPPSD.  This advocacy impacted the lives of many young people.  Mia is always looking for ways to get involved in helping others.  She is a founding member and co-manager of the Maverick Market.  Mia also acts as a trainer at the Maverick Market which helps youth become entrepreneurs, gain work experience, and find a sense of belonging in the school community.  The funds raised in the Market go toward improving food security for students in the school.  She is extremely reliable and is also creative when thinking of ways to improve the Market.  The number of volunteers in the Market has increased this year due in part to the positive environment Mia helps to create.  She also participates in a range of school-based and community projects including a food drive and the Festival of Trees. 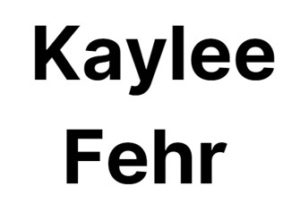 Fifteen-year-old Kaylee attends Sexsmith Secondary School. She’s an excellent student. Kaylee leads by helping others with school work. She’s also passionate about helping her peers understand the reasons to avoid drugs and alcohol. Kaylee is a weekly volunteer at Sexsmith Food Bank and has been volunteering since 2021. Her extracurricular activities include badminton, she’s been part of the Badminton Club since 2021. Kaylee is friendly and extends friendship to others on the badminton team.  Her other volunteer efforts involve taking part in the Rotary Interact Club fundraising for sponsor child in Peru. Kaylee also supports Bandaged Paws and the animal shelter with supplies.

Kaylee’s charity of choice is STARS.

Tahlia is the winner of the 2022 Leaders of Tomorrow Award for Volunteerism. She is 16 years old and attends Sexsmith Secondary School.

Tahlia is known to be cheerful, compassionate, confident, active and willing to volunteer for all events in Sexsmith. She understands the need to help those less fortunate. Including how she seeks to protect and enhance the environment.

For the past six years she has participated in gifting 165 Christmas hampers as well she also participates in Reverse Santa.

Her kindness, work ethic, willingness to help, and general concern for others are what make her a leader among classmates and her fellow Sexsmith Sabres Basketball teammates.

Jordan’s willingness to give back to her community is apparent in the volunteering she does. Jordan is this year’s winner of the 2022 Leaders of Tomorrow Volunteerism Award.

While volunteering with the Sexsmith & Area Foodbank last Christmas, she helped prepare 165 Christmas hampers for families in need and volunteered each week to restock the Foodbank shelves.

Jordan is an active member of the Rotary Interact Club at her school, the club often coordinates fundraisers. The money raised is to support a child in Peru, so they can attend school.

Noah is the winner of the 2022 Leaders of Tomorrow Award for Volunteerism. He is 14 years old, completing his grade nine year with DAO Online School.

Noah loves giving his time to seniors in the Grande Prairie community. Since 2017, he volunteers to play the piano with his brother Elijah on violin at Wild Rose Manor Seniors Lodge, Heritage Lodge Seniors, and many other facilities and events.

Noah collects donations for Wapiti House, to give to homeless and in need members of our community as well Noah regularly volunteers at the Grande Prairie Public Library.

Noah is an enthusiastic leader in his online school community; he volunteers as a Student Ambassador, taking extra time to meet and welcome new students and help them transition smoothly into the learning environment.

Noah is humble, thoughtful, and approachable. He is sensitive to the needs of others, particularly those who are elderly and vulnerable. He believes that even small acts of kindness can make a world of difference.

Congratulations to all 2022 Leaders of Tomorrow!

“We acknowledge the homeland of the many diverse First Nations and Métis people whose ancestors have walked this land since time immemorial. We are grateful to work, live and learn on the traditional territory of Treaty 8 and Metis Region 6.”

Copyright © 2023 by the Association. All Rights Reserved. About This Website.