The Grande Prairie Regional Association of Volunteer Organizations, the City of Grande Prairie and other organizations across the province have been invited by the Government of Alberta to recognize individuals with the Queen Elizabeth II’s Platinum Jubilee Medals.

The Platinum Jubilee Medal is a new commemorative medal created to mark the 70th anniversary of Her Majesty Queen Elizabeth II’s accession to the Throne as Queen of Canada.

The overall purpose of the medal program is to recognize individuals who have made significant contributions to the province or a particular region or community. The medal honours the Queen and her lifelong service to Canada by acknowledging residents of Alberta who, like Her Majesty, have devoted their lives to making this province a better place.

The medals will be presented on December 14th, 2022 at Teresa Sargent Hall. More information coming soon.

The eligibility criteria for this medal are intentionally broad in an effort to recognize a wide range of accomplishments in many areas.  A nominee must:

have made a significant contribution to Canada, Alberta, or to a particular Alberta region or community

have been alive on February 6, 2022, the 70th anniversary of Her Majesty’s accession to the throne 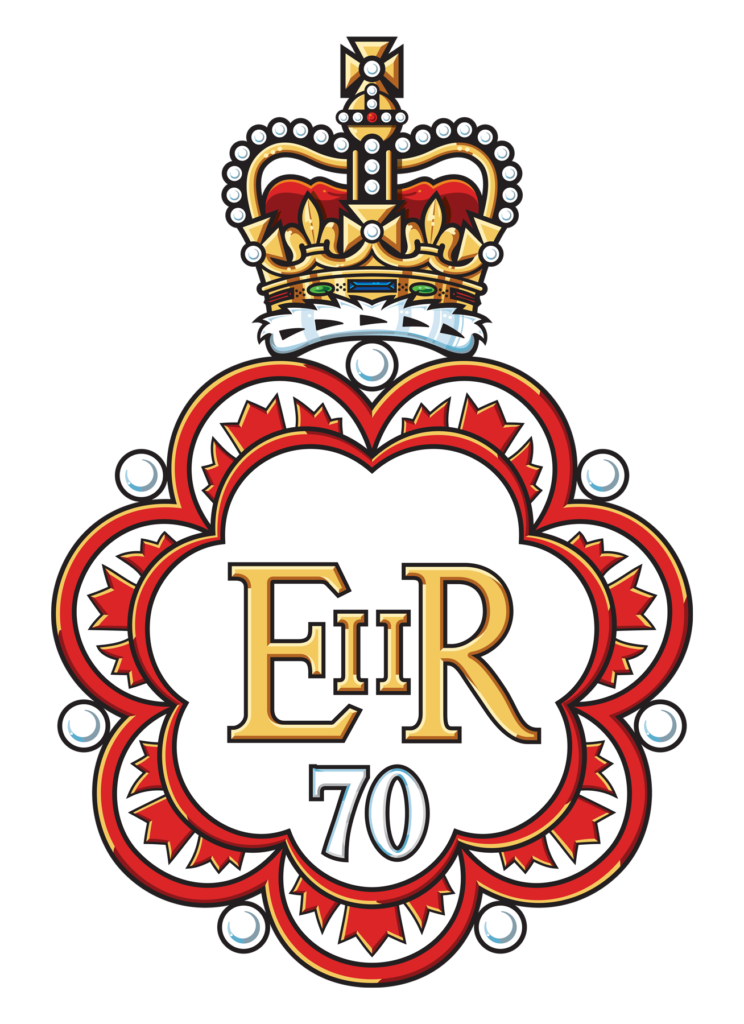 The guidelines used in selecting deserving candidates are:

Nominations should focus on the achievements of persons who have helped to build the Alberta of today;

Through their achievements and sustained contribution, the candidates have distinguished themselves from others volunteering/employed in the same field;

Recipients should be highly respected individuals within their community. The names of medal recipients will be part of the public record.

The medal is to be awarded to individuals only, not to groups or couples;

Self-nominations are not permitted.

Avoid any perception of conflict of interest.

Nominators should not submit the names of their spouse, partner, family members, political associates or close friends.

Nomination forms must be emailed to info@volunteergrandeprairie.com on or before – Friday, November 21, 2022.

For more information on the medals visit https://www.alberta.ca/queens-platinum-jubilee-medal.aspx. 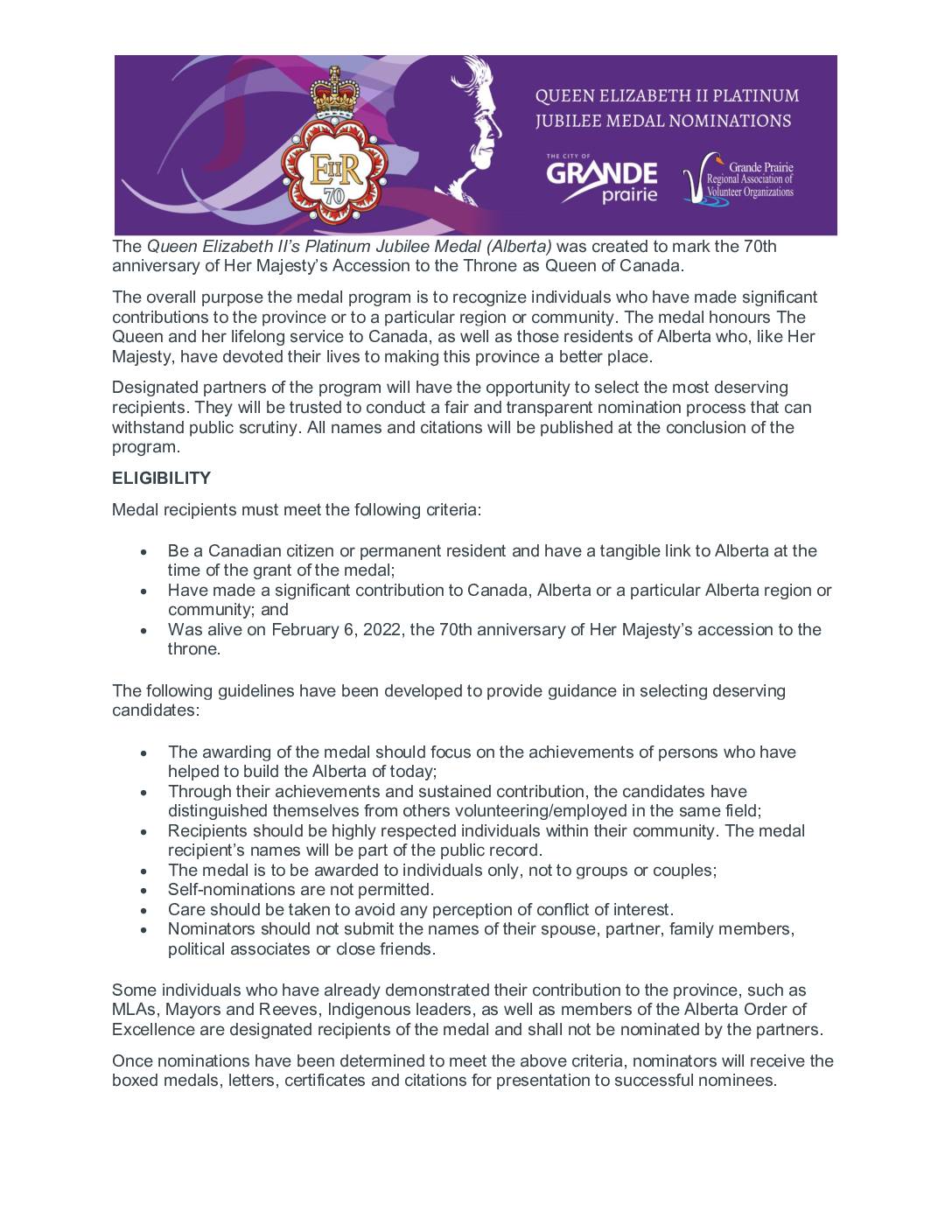 “We acknowledge the homeland of the many diverse First Nations and Métis people whose ancestors have walked this land since time immemorial. We are grateful to work, live and learn on the traditional territory of Treaty 8 and Metis Region 6.”

Copyright © 2022 by the Association. All Rights Reserved. About This Website.